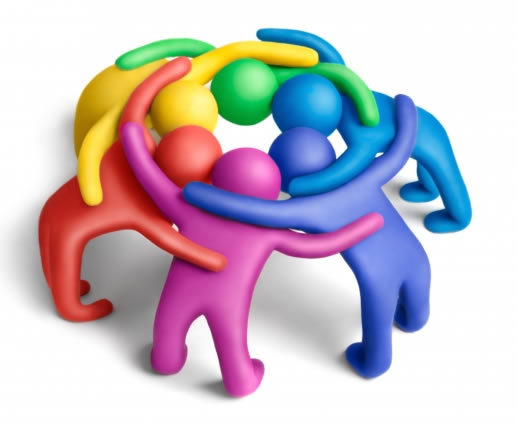 Frank Sinatra sang about doing it “my way” and many Christians want to follow Christ “their way.” But is it even possible to be a Christian in your “own way”?
When the book of Acts recounts the birth of the Christian Church it is presented as a fellowship of believers. The fellowship is described as “devoting themselves to the apostles’ teaching and the fellowship, to the breaking of bread and the prayers. And all who believed were together and had all things in common.” All new believers were then added to this community.
Prof. Gordon Fee comments on the apostle Paul’s understanding of salvation and says, “Paul can hardly help himself: his focus and concern are always on the people as a whole. Though entered individually, salvation is seldom if ever thought of simply as a one-on-one relationship with God. While such a relationship is included, to be sure, “to be saved” means especially to be joined to the people of God.”
This seems quite different than the modern mindset that looks upon the Christian life as an individual endeavour, but it makes total sense when we consider God’s plan and purpose for His church, namely to make a people for Himself. This plan was put into motion with the promise made to Abraham, continued with the covenant at Sinai, and gathered momentum on the Day of Pentecost.
The church fathers believed in this concept – that is why they claimed that there is no salvation outside of the church. They accepted that to be saved meant to be part of the community of believers. The idea of an individual believer practicing a private Christianity would be totally foreign to them.
When we consider the Church as the Body of Christ, we also cannot conceive of different body parts existing on their own, separated from each other. That would be exactly opposite to the unity that is inherent in the body metaphor. As members of one body we need each other and we need to be in relation to each other.
This notion of an integrated community is both appealing and threatening to people living in our individualized Western world. It is appealing, because there is something in every human being that longs for intimacy; deep down we desire relationship. But it is also threatening in a world where individualism is seen as a virtue and autonomy is hailed as a sign of success. The result is that many people join communities, virtual or real, for a sense of connection, but they do so on their own terms. They will only participate as long as it suits them and their needs are being met. When it doesn’t suit them anymore, they will leave.
The truth of the matter is that God does not give us that option. The Church is His body and salvation belongs to Him – we cannot participate on our own terms. Salvation is only available on His terms.
I think we need to recover some of the sense of community that the apostles had. And we need to recover the idea that believers are called to live out their faith as a community, with new believers being added to that community. And we need to put to bed the notion that you can be a Christian by following Christ “your way”.

I am always glad to hear from readers. Write me at brian@wbchapel.com.