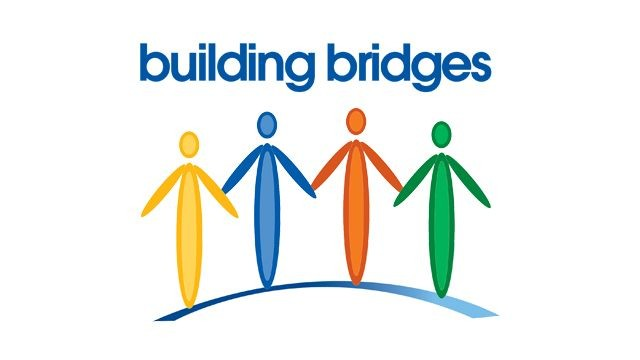 Well, bridges are not always built that way. Sometimes a bridge has to be built only from one side. Think of an army who wants to cross a river, or a rescue team that needs to cross a ravine. They have to build a new bridge with no help from the other side. These kinds of bridges are difficult to construct and they require a high level of commitment.

As Christians, we have been called to build bridges with other people. This is also known as reconciliation; specifically, reconciliation with other Christians as well as with unbelievers. The Apostle Paul said, “If it is possible, as far as it depends on you, live at peace with everyone.”

God Himself is our example. He decided to cross the divide between Himself and mankind, which was caused by sin. He did not wait for humans to seek Him, but took the initiative to build a bridge from His side. This bridge was built by the birth, death, and resurrection of Jesus Christ. There was not one person who was worthy of this, but God went ahead anyway. And here’s the thing: True sons and daughters of their Father in heaven will follow His example and act like Him. So, all God’s children are called to be bridge builders!

Building bridges to other Christians might sound easy, but it can be quite challenging. The differences between believers normally concern issues that are very important to them. So, it feels like someone has to give up that which they hold dearly for reconciliation to take place. The alternative is to settle for something less demanding, like the lowest common denominator. What is the minimum that believers can agree on, while holding on to their essential beliefs? I think this approach will prove to be unsatisfactory to all parties in the end; rather like a sleeping bag that is too small.

Solid bridges with other Christians can only be built when the lines of communication have been opened. And by that I mean listening and talking, in that order. It is absolutely necessary that believers from different persuasions listen to each other and make a real effort to understand where the other is coming from, before there can be a meeting of the minds. This is simply non-negotiable.

Secondly, we need humility of expression. This does not deny the importance of personal beliefs, but also does not seek to impose those on the other, demanding conformity. What we are looking for is a humble dialogue that leads to a deeper relationship. It is this personal relationship that will support the bridge being built. We should be spurred on by Jesus’ prayer in John 17 when He says, “The glory that you have given me I have given to them, that they may be one even as we are one, I in them and you in me, that they may become perfectly one, so that the world may know that you sent me and loved them even as you loved me.”