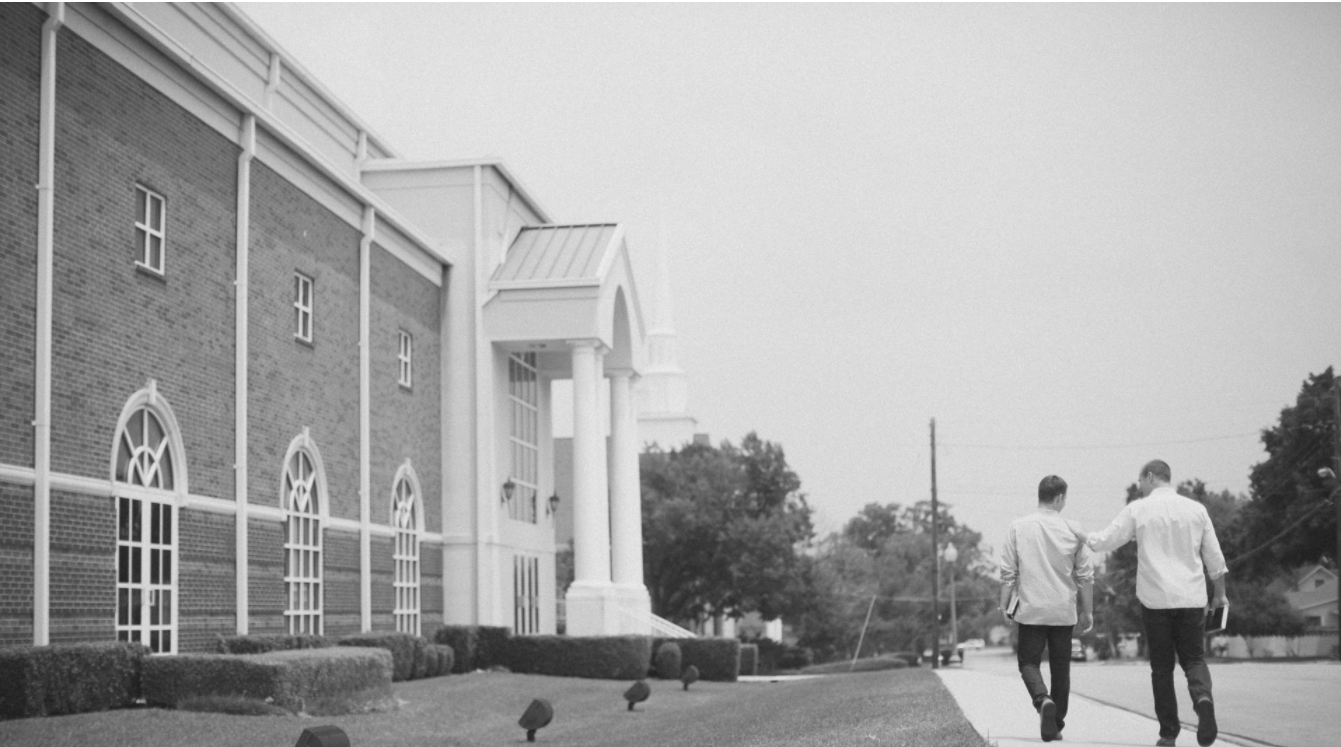 Recently I spoke at the Baccalaureate service for Covenant Day School, a ministry of Christ Covenant Church and the school my own children attend. What follows is a slightly edited version of that message.

I know that I’m speaking to a lot of different ages this morning. I hope you will all be able to pay attention and learn something from this message, but I want to specifically talk to graduating seniors. I know many of you have heard hundreds of sermons over the years–many of them at church, and for some of you, one sermon a week for the past 12 or 13 years at CDS. And now you have one more. But since you are here, you might as well listen and see what God might want to say to you.

This is a season of milestones for many of you. Final papers. Final exams. Last games, last meets, last classes. You’ve worked hard to get to this point. And you are probably working hard for what is coming next. For most of you that’s college or university. You’ll get ready over the summer. You’ll buy some dorm furniture. You’ll say goodbye to your friends. You’ll say goodbye to your parents. You’ll find your way around a new school and a new place. For many of you, it will mean a new city or a new state. You are making preparations for all that lies ahead. After filling out forms, sending in applications, and narrowing down your choices, you finally made your decision. And in a few months, you’ll start something–whether that’s school close by, or school far away, a gap year, or something else.

You are probably tired of making big decisions. But I want to remind you of one colossal decision that is coming your way. The decision doesn’t seem earth shattering. In fact, it seems much less important than a hundred other decisions you’ve had to make in the last year. It’s a decision so much an afterthought for most graduating seniors that many of you have not even considered it.

Here’s the decision you’ll have to make in a few months:

You are living on your own–in a dorm or in an apartment somewhere. You’ve unloaded your stuff. You’ve met your roommate. You’ve signed up for classes. You’ve had a few meals in the cafeteria. You’ve endured days of boring orientation activities. You’ve done some of the awkward pre-planned fun and games. And after a short night of sleep on your first Saturday in this new phase of your life, you wake up Sunday morning. What are you going to do?

Of all the decisions you’ll face this year, the most important one may be whether you get up and go to church on the very first Sunday when no one is there to make sure that you go to church.

I pastored a church in Michigan that was for many years right across the street from Michigan State University. We saw scores of freshmen visit our church that first Sunday on campus. True, many of them never came back. We saw students who started at church and didn’t last. But we rarely saw students who didn’t start at church and eventually made it there. What you do in those first weeks on your own, especially what you do with your commitment to a local church, will set you on a trajectory where Jesus Christ will truly be Lord of your life or where he will be something that you learned as a young person and then left behind.

I know, I know, this is what you would expect a pastor to say to you: “Be sure to go to church, young man! Don’t sleep in on Sunday, young woman!” You may think, “I’m not against going to church, but isn’t my relationship with Jesus the really important thing? I’ll still read my Bible even if I don’t make it to church.” Some of you will be going to Christian colleges, and you’ll have chapel services and Christian roommates and chaplains wanting to meet with you. Others here will be at state schools, and you’ll look to get involved with Cru or RUF or Campus Outreach. That’s great. Praise God for good campus ministries. Praise God for Christian colleges.

If you want to be into what Jesus is into, you’ll get into a church.

You need to decide before you leave home, what will I do on that first Sunday morning. Don’t wait until that moment to decide, because you’ll probably decide you’re tired, or you don’t have a car, or you don’t know where to go, or you’ll get to it next week. Decide before that Sunday what you will do on that Sunday. You’ll be making all sorts of plans this summer, and one of the most important decisions you may ever make is what you will be committed to that first week and those first months. Will you get up and go to church–not just chapel, not just campus ministry–but a local church, where the people aren’t all your age, where the music isn’t all your style, where the pastor may not be everything you’d want him to be?

One of the most famous pastors from the last century was John Stott who ministered for many years in London. Like a good, refined, English preacher, Stott was not known for overstatement, which is what makes these words, written a few years before his death, so striking: “An unchurched Christian is a grotesque anomaly. The New Testament knows nothing of such a person. For the church lies at the very center of the eternal purpose of God. It is not a divine afterthought.”

Would you want your building to have a foundation but no house?

Would you call it a marriage if there was a groom but no bride?

Would you want to carry around a head without the body?

In Greek mythology Perseus was the son of Zeus who killed Medusa, the monster-like Gorgon with a head of hair consisting of snakes. You probably remember the story. If anyone looked on Medusa, he would turn to stone. So when Perseus went to kill Medusa, he had to use his shield to look at her reflection so he could approach Medusa in her sleep and cut off her head. Of course, Perseus still can’t look at her head, so he keeps it in a bag, wrapped up so he doesn’t accidentally see it. Later in the story, Perseus defeats the Kraken by taking Medusa’s head out of the bag and holding it out for the sea monster to gaze upon it and turn to stone. It’s a famous scene depicted in ancient sculpture, in artwork, and now in a number of movies.

It’s rather grotesque when you think about it–carrying around a severed head, lifting up a head without its body. Decapitation is not pretty. If you were into severed heads without their bodies, we would think something was really wrong with you.

A Worldview and a Rhythm of Life

I am willing to bet that at some point in your years at CDS you’ve heard the word “worldview.” That word is in the mission statement of almost every Christian school. We want to give students a Biblical lens for looking at everything. We want you to be renewed in your minds so that you view the world not just as someone with a great education but as someone with a distinctly Christian education.

We are formed not just by thoughts but by habits–study habits, exercise habits, social media habits, personal hygiene habits. These may not be planks in our worldview, but they shape us just as much or even more. It’s just what we do. And in time what we do becomes who we are. Will the local church be one of your habits in the next year? There are plenty of lukewarm Christians sitting in churches every week across this country. That’s not the goal. But you want to know where you can find passionate, on fire, totally sold-out Christians? In church. In fact, you won’t find them anywhere else.

I said at the beginning that this was a message for seniors, but there are things we all need to hear. For the rest of the high school, when it comes time to make your decision about where to live or where to go to school, you should put church at the top of your list. What eternal good will it do you if you find a school with a great cafeteria, a great campus, a great sports program, and a great academic pedigree, but no great church nearby?

For younger students here, many of you are already very committed to church. You go with your parents every week. There is almost no greater blessing they can give you, almost no better privilege than that. Try to listen as best you can. Try to go in with a good attitude, even when you’re tired or bored. Maybe even ask your parents “Why aren’t we going to church this Sunday” if they aren’t going.

Let me conclude with this prediction, which I think is not only supported by personal experience but by the word of God: if you want to be much less of a follower of Jesus Christ five years from now, make church marginal in your life. If you make church an afterthought, you won’t be thinking about centering your life on Jesus five years from now. Don’t give up meeting together as some are in the habit of doing (Heb. 10:25).