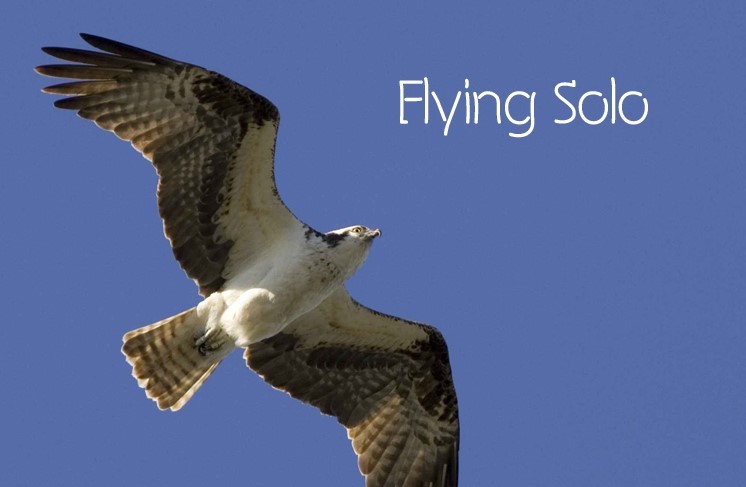 It is not easy to stand alone in your opinion. You have to have the courage of your convictions. One of the judges did just that, choosing to fly solo. This judge did not agree with the reasoning of the majority, but he arrived at the same destination, even though he took a different route.

Agreement with the majority:

The judge held that:

1)  The Law Societies did have jurisdiction to consider the effect of the mandatory Covenant in deciding not to accredit the proposed law school at TWU.

2)  The Law Societies were entitled to interpret their public interest mandates as including consideration of the effect of the Covenant on prospective law students.

3)  The decisions not to accredit were reasonable with respect to the facts and the law.

4)  LSBC [Law Society of British Columbia] was not required to give reasons formally explaining its decision.

Disagreement with the majority:

The judge held that:

1)  The decisions by the Law Societies did not infringe any of the Charter rights raised by TWU. Here is why:

1.1)  When courts review administrative decisions for compliance with the Charter, Charter rights must be the focus of the inquiry – not Charter values. Charter values have no independent function in the administrative context and their scope is often undefined in the jurisprudence.

1.2)  Under the Doré/Loyola framework, the initial burden is on the claimant to demonstrate that the decision infringes his or her Charter rights.

1.3)  The main Charter right at issue in this case is the freedom of religion, guaranteed by section 2(a). It is premised on two principles: the exercise of free will and the absence of constraint. It must be underscored that religious freedom is premised on the personal volition of individual believers.

1.4)  The alleged infringement of section 2(a) in this case – namely, that the decision of the LSBC interferes with the claimant’s ability to attend an accredited law school at TWU with its mandatory Covenant - does not fall within the scope of freedom of religion.

1.4.1)  Because, it is not enough that TWU sincerely believe in the importance of imposing their proscription against sexual intimacy outside of heterosexual marriage by means of the mandatory Covenant on all students attending the proposed law school at TWU. Rather, they must show that they sincerely believe that doing so is a practice required by their religion. Much of the affidavit evidence relied upon by the majority undermines the view that the claimants have advanced a sincere belief or practice that is required by their religion.

1.4.2)  The second problem with establishing a Charter right in terms of section 2(a) has to do with the scope of that right. In this case the Covenant is a commitment to enforcing a religiously-based code of conduct, not just in respect of one’s own behaviour, but also in respect of others, including members of other religions and nonbelievers. Given that the coercion of nonbelievers is not protected by the Charter, TWU’s claim falls outside of the scope of freedom of religion as protected by section 2(a).

2)  The decisions must therefore be reviewed under the usual principles of judicial review, since section 1 of the Charter does not come into play. The standard for such a review is reasonableness.

5)  In choosing not to accredit, the [Law Societies’] decisions fall within a range of possible, acceptable outcomes which are defensible in respect of the facts and law. Therefore, the decisions to deny accreditation were reasonable.

In short, the judge felt that TWU failed to establish a Charter right, which would have triggered Charter protection, because their own evidence did not support a sincere belief that Christianity requires its adherents to sign such a Covenant; and, the fact that they required nonbelievers to sign it, meant that they fell outside of the scope of section 2(a) and its protection.

In the end, even though this judge did not think that a Charter right was in play, he arrived at the same conclusion, namely that the decisions not to accredit were reasonable. Instead of employing section 1 of the Charter, he used the usual principles of judicial review for his decision framework.