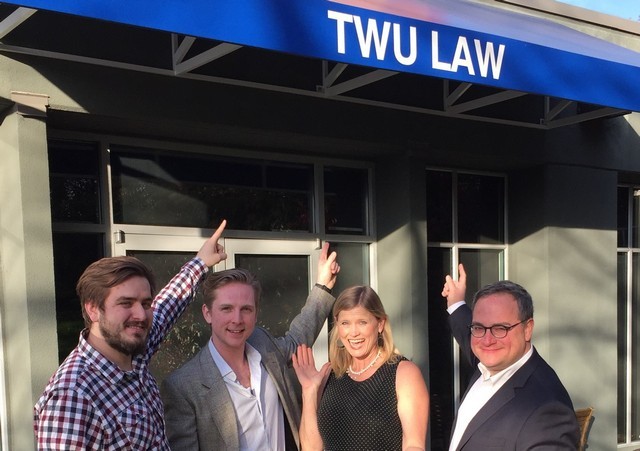 In the next few weeks I will do a series of 5 blog posts in an attempt to make the court’s decision accessible to lay people. In the interest of writing that is both concise and readable I will be highly selective in choosing what to include. The difficulty lies in the details. If there is too much detail and the presentation is too technical it becomes confusing. On the other hand, if there is not enough detail it can be easy to miss the complexities of the case and to be unpersuaded by the judgment. I am reminded of Einstein’s wisdom: “Everything should be made as simple as possible, but not simpler.”

Here, then, is my humble effort to do just that.

Background to the Supreme Court case:

The proposal was accepted by the BC Minster of Advanced Education.

The Law Society of British Columbia (LSBC) then held a referendum of its members and voted against the accreditation of the proposed law school.

TWU sought relief from the Supreme Court of British Columbia and it won its case, as well as the subsequent appeal to the Court of Appeal.

LSBC appealed to the Supreme Court of Canada.

The proposed law school was voted down by the Law Society of Upper Canada (LSUC). [They have changed their name on January 1, 2018 to Law Society of Ontario.]

TWU sought relief from the Ontario Divisional Court and it lost its case, as well as its subsequent appeal to the Court of Appeal.

TWU appealed to the Supreme Court of Canada.

At the Supreme Court:

All parties agreed to consolidate these appeals and to have them heard as one case in the Supreme Court of Canada. Arguments were heard on November 30 and December 1, 2017. Judgment was rendered on June 15, 2018 by majority vote (7-2) in favour of the two law societies. The seven judges in the majority came to the same conclusion, but one of them arrived there by a different route. So, there are really three sets of reasons for judgment: group of 6, group of 2, and a single judge. In later posts I will look at all three of these reasonings.

In this, first post I will lay a foundation by outlining the main arguments and the authority relied upon.

TWU main argument (in my own words):

We are a university that seeks to open a law school that will enable students to study law in the context of a Christian community, requiring students to sign a biblically based community covenant. We believe that section 2 (a) [religious freedom] of the Canadian Charter of Rights and Freedoms protects us against government or administrative interference.

Section 2 (a) of the Canadian Charter of Rights and Freedoms states:

2. Everyone has the following fundamental freedoms:

(a) freedom of conscience and religion;

Law Societies’ main argument (in my own words):

We are the law societies that have been given the statutory duty to regulate the legal profession in Ontario and British Columbia. We believe that we have the necessary authority to deny accreditation to TWU’s proposed law school and we believe that its mandatory covenant is against the public interest in the administration of justice. The public interest would be served by equal access to the legal profession, diversity within the bar, and preventing harm to LGBTQ law students.

Section 3 of the Legal Profession Act in BC:

(a) preserving and protecting the rights and freedoms of all persons,

(b) ensuring the independence, integrity, honour and competence of lawyers,

(c) establishing standards and programs for the education, professional responsibility and competence of lawyers and of applicants for call and admission,

(d) regulating the practice of law, and

(e) supporting and assisting lawyers, articled students and lawyers of other jurisdictions who are permitted to practise law in British Columbia in fulfilling their duties in the practice of law.

Function of the Society

4.1 It is a function of the Society to ensure that,

Principles to be applied by the Society

4.2 In carrying out its functions, duties and powers under this Act, the Society shall have regard to the following principles:

1. The Society has a duty to maintain and advance the cause of justice and the rule of law.

2. The Society has a duty to act so as to facilitate access to justice for the people of Ontario.

3. The Society has a duty to protect the public interest.

4. The Society has a duty to act in a timely, open and efficient manner.

5. Standards of learning, professional competence and professional conduct for licensees and restrictions on who may provide particular legal services should be proportionate to the significance of the regulatory objectives sought to be realized.