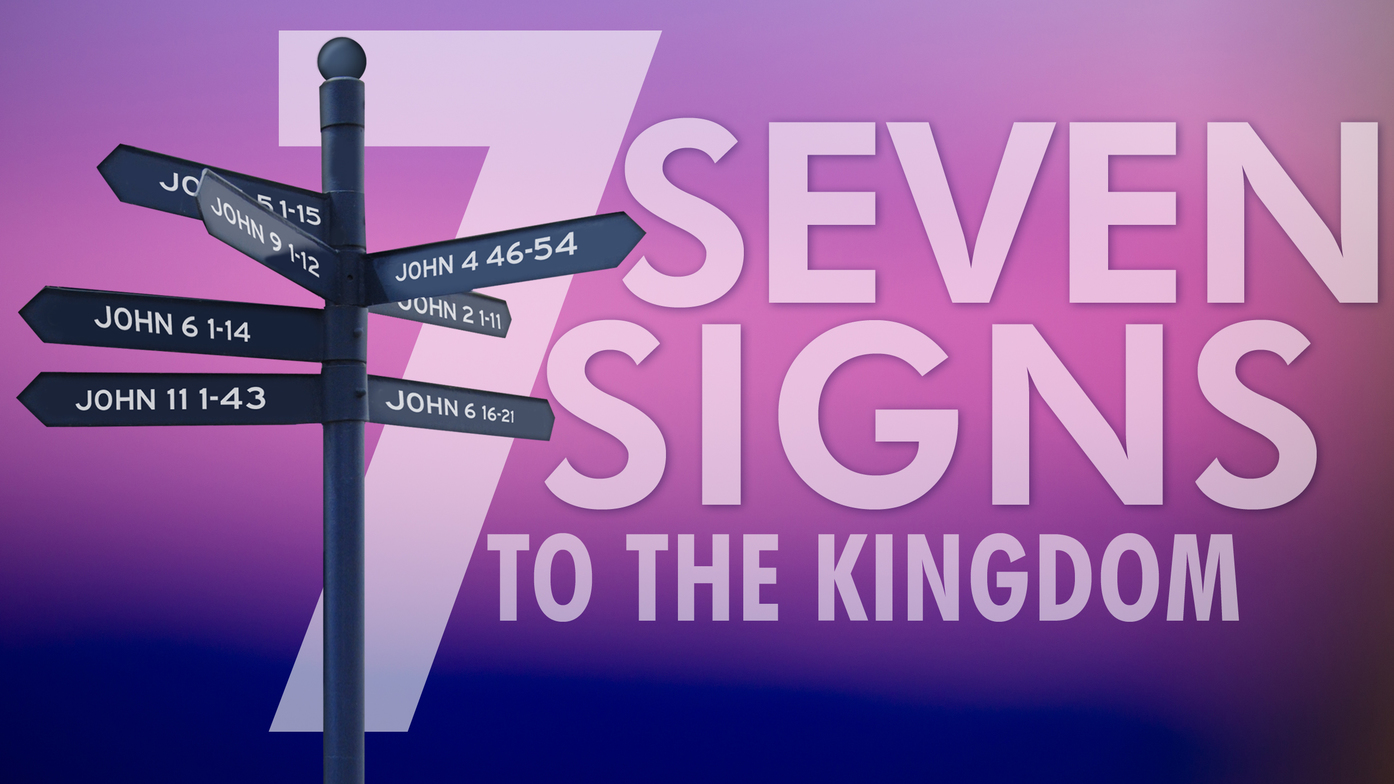 Seven signs of the Kingdom is the new sermon series, started in February 2022.

In the gospel of John we find eyewitness accounts of Jesus' ministry, which included miracles. However, John does not call them miracles, he calls them "signs". Now, we know that signs are symbols that point to realities beyond themselves. The signs are real, to be sure, but they point to larger realities.

In the gospel of John we find seven such signs (miracles that Jesus performed) that point to the Kingdom of God. These signs point to the reality that Jesus is the one who has all authority in God's Kingdom and that the Kingdom has broken in upon the reality of earth. So, as Jesus performs these miracles he is confirming his own mission; that he is the one sent by God, and showing what it looks like when heaven invades earth. Supernatural "signs and wonders" take place with relative ease. Signs that point to the character of God's Kingdom, namely life, health and an abundance of good things.

The key to God's Kingdom is faith. This is why John includes these signs in his gospel. He states it clearly when he says, "Now Jesus did many other signs in the presence of the disciples, which are not written in this book; but these are written so that you may believe that Jesus is the Christ, the Son of God, and that by believing you may have life in his name." (John 20:30-31)

Why Bread and Wine?